The Future of Treatment for Crohn’s Disease 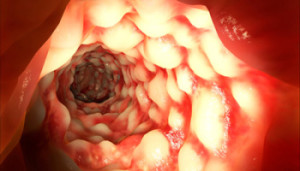 The inflammation caused by Crohn’s disease often spreads deep into the layers of affected bowel tissue. Crohn’s disease can be both painful and debilitating, and sometimes may lead to life-threatening complications.

Signs and symptoms of Crohn’s disease can range from mild to severe. They usually develop gradually, but sometimes will come on suddenly, without warning.

Signs and symptoms may include:

Diarrhoea is a common problem for people with Crohn’s disease. Intensified intestinal cramping also can contribute to loose stools.

Many people with Crohn’s disease experience a low-grade fever, likely due to inflammation or infection. They may also feel tired or have low energy.

Inflammation and ulceration can affect the normal movement of contents through the digestive tract and can cause mild to severe pain, cramping, nausea and vomiting.

Bright red blood in the toilet bowl or darker blood mixed with stools is a possibility.

Ulcers in the mouth are similar to canker sores.

Abdominal pain and cramping and the inflammatory reaction in the wall of the bowel can affect both appetite and ability to digest and absorb food.

Pain or drainage near or around the anus due to inflammation from a tunnel into the skin (fistula). 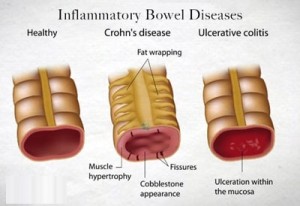 The exact cause of Crohn’s disease remains unknown. A number of factors, such as heredity and a malfunctioning immune system do seem to play a role in its development.

It’s possible that a virus or bacterium may trigger Crohn’s disease. When the immune system tries to fight off the invading microorganism, an abnormal immune response causes the immune system to attack the cells in the digestive tract.

Crohn’s is more common in people who have family members with the disease, so genes may play a role in making people more susceptible. However, most people with Crohn’s disease don’t have a family history of the disease.

Even though Crohn’s is a chronic inflammatory bowel disease that can attack the entire digestive tract, but it most commonly affects specific parts of the gut: the lower small intestine, the large intestine, and where the two connect.

The relapsing and remitting nature of Crohn’s is due to bouts of inflammation that eat away at the digestive tract.

Crohn’s typically strikes people in their teens and 20s or later in their 50s and 60s. 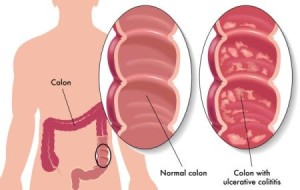 Crohn’s symptoms overlap with other gastrointestinal disorders, making it difficult to diagnose. It often causes diarrhoea and abdominal pain. As the disease worsens, the lining of the digesting tract may be destroyed, resulting abnormal connections (fistulas) or even blockages. Eventually, surgery may be needed to remove damaged parts of intestine, and over time patients may be left with very little of their gut intact.

Therapies to control Crohn’s include anti-inflammatory drugs and immunological therapies. This is why scientists and medical researchers have been looking for better therapies to control symptoms and try and arrest further debilitation by this disease.

Stem Cells Could Be The Answer!

The positive inertia gained in clinical trials consisting of patients with various fistulas has gained global attention. With research and therapy aiding each other in various treatment modules all over the globe, the hope of a healthier and pain free life for patients for those who suffer from Crohn’s is starting to burn brighter as time goes by.

Researchers are launching studies with more patients and delving deeper into treating Crohn‘s with ASCs. Long-term follow-up studies are assessing the longevity of ASC therapy to provide complete healing of fistulas and prevent their recurrence. At the same time researchers are studying how ASCs work to promote healing – by suppressing inflammation, making new epithelial cells, or both.