Alzheimer’s disease: What we know and what we can expect from the Future

The most common cause of dementia is said to be Alzheimer’s disease. First described by a German neurologist Dr Alois Alzheimer, this neurodegenerative disease has been affecting more and more people, the world over. 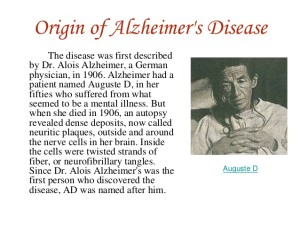 Alzheimer’s disease is a common neurological disease affecting people mostly over 65 years. It causes mental and emotional impairment characterized by the declined mental function and cognitive impairment, greatly affecting the quality of life of patients and their families.

At first, someone affected with Alzheimer’s disease may show mild symptoms, which are usually those of confusion, difficulty in remembering newer memories or even memory loss. Eventually, people with the disease have been documented to forget important aspects of their lives and thus undergo dramatic personality changes. 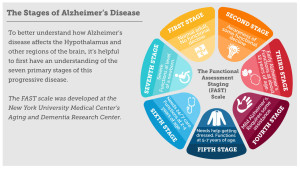 There’s no ideal or specific test to confirm Alzheimer’s disease. Neuro physicians and psychiatrists help make a prognosis about whether Alzheimer’s is the most likely cause of a patient’s symptoms based on prior health information and results of various tests and scans.

Alzheimer’s therapies till today have revolved around retarding the progression of the disease rather than restoring the damaged neurons and protecting healthy neural matter. 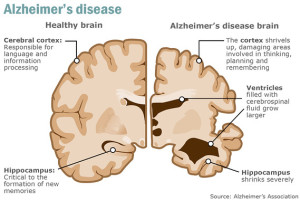 Current therapeutic strategies against Alzheimer’s have only been able to relieve certain symptoms.

However the recent trend of research is more focused on removing the causes of the disease with stem cell-based therapies. If the causes of Alzheimer’s are understood more in depth, advanced cell therapies will be developed, and treating to cure could become a reality in the near future.

Cell therapy may be a powerful tool for the treatment of Alzheimer’s disease.

Regenerative medicine holds the key to restoring health for a host of diseases including those that are degenerative. Stem cells harness the power of self healing, i.e. healing ourselves with the building blocks of life.

Stem cell therapy aims to protect healthy neurons, repair damaged cells and restore normal function. This unique way of looking at treatment and cure has given us a whole new dimension of evaluating and then treating defective or injured cells.

Stem cells have therapeutic effects using regeneration and substitution of cells and tissues themselves. The therapeutic strategy of stem cell has two directions. One is to induce the activation of endogenous stem cell and the other is to regenerate injured cell or tissues through stem cell transplantation.

Decades of research in neurology across the globe, explains this phenomenon of stem cell differentiation and proliferation, aiming to debilitate the disease due to their vasculogenetic property. This property is said to improve supply of growth factors to the diseases organ or area, and lead to blood vessel formation thus providing a source of nutrition to the new forming cells.

Stem cell therapy hopes to arrest this disease in the years to come and provide adequate therapeutic help to those suffering from Alzheimer’s.